I am still digesting all the impressions of Budapest with surroundings. There is something graceful with Hungary. It has to do with the people and their history I believe. The cultural heritage is rich and after the ending of the Soviet occupation until 1989 the autonomy was re-established bringing with it influences from both the east and the west. Communism is not popular and rejected ever since the Russian exodus but still there is some kind of echo from the Soviets. The older generations carry the heavy past but the youngsters see no limits in the new times.

People in Hungary are friendly and not pumped by the hysteria of valuating their lives with ”stuff” like in Sweden. Instead arts, literature and classical music plays a bigger role than in most European countries and that is also the case when it comes to inner values. I saw no signs of ”Newage” nor unproductive skepticism. Maybe both are signs of a western luxurious mentalism not needed or asked for in Hungary.

Csaba Varga and his Institute of Strategic Research

Csaba Varga was one of a handful selected people to build the new Hungary after the occupation. He was a ”thought-rebel” during the Soviet occupation and showed no fear at that time. Varga had all the high academic merits needed (philosophy and law) and the right connections therefore he was an easy pick for the new government to rebuild Hungary starting in 1989. An institute was founded. The goal was and still is to bring together science, politics, economy and spirituality into a unifying and conscious work-model to create a stable and harmonious society. This approach is unique in the world and other countries take advice from Csaba Varga. Today Varga & Co work out future strategies for Ukraine and Vietnam on the government level.

Remote viewing comes into the bigger picture as a scientific method and technique to improve human overall intuition and our trainable ability to understand higher concepts spiritual or related. Csaba Varga aims high and wanted to find out more about how RV works and what the benefits are. He was pleased with the workshop’s results and the next step is already planned. In the spring of 2008 we will try out remote viewing to explore higher states of consciousness. 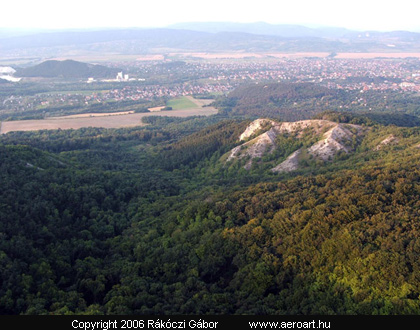 About the Budapest workshop

The workshop took place during two days (Dec 8-9, 2007) at the Institute of Strategic Research in a small town called Nagykovácsi on the Buda-side near Budapest. There were about 22 invited participants from Hungary. They were academics, business people and two younger students. The workshop contained RV training and lectures.

Lectures: Remote viewing (RV) definitions. RV compared to psychic functioning. The RV protocol and method. RV history from 1945 and onwards. RV applications from real life situations. Extreme RV. The RV savants, who are they and why are they good? Explanatory models and cosmology.

Contact the editor to book international lectures and workshops on remote viewing.