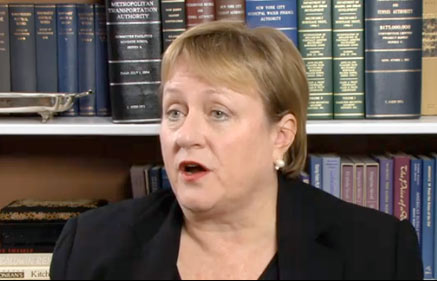 WORLD. Former Assistant Secretary of Housing under George H.W. Bush Catherine Austin Fitts blows the whistle on how the financial terrorists have deliberately imploded the US economy and transferred gargantuan amounts of wealth offshore as a means of sacrificing the American middle class.

Fitts documents how trillions of dollars went missing from government coffers in the 90s and how she was personally targeted for exposing the fraud.

Fitts explains how every dollar of debt issued to service every war, building project, and government program since the American Revolution up to around 2 years ago — around $12 trillion — has been doubled again in just the last 18 months alone with the bank bailouts. ”We’re literally witnessing the leveraged buyout of a country and that’s why I call it a financial coup d’état, and that’s what the bailout is for,” states Fitts.