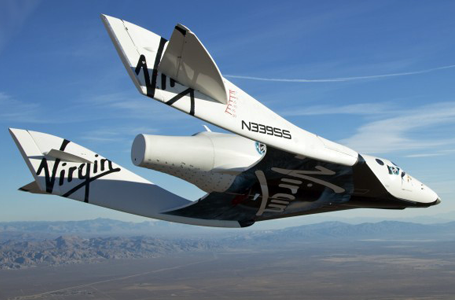 The early morning flight took place after several months of simulated practice flights in the mother ship, also known as Eve, which has an identical cockpit as the space craft.

The glide flight is a critical first step for the team at Scaled Composites which is building the space ship for Virgin Galactic. Though there has been no word from the company, it is expected the flight test development of the VSS Enterprise will be similar to that of SpaceShipOne.