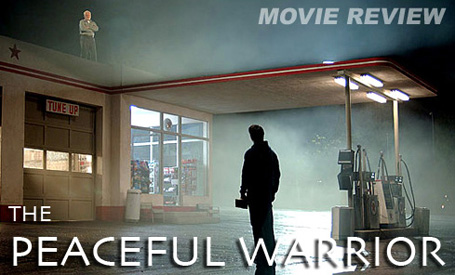 This is a good movie and yet unknown, at least here in Sweden where the biggest movie distributor SF Film ignored it. That was a mistake because people love this movie for many reasons. It got depth, it’s thought provoking, it is sound and of course based on true events.

Even though Dan Millman the author of the book with the same name is somewhat discrete about the enigmatic gas station owner played by Nick Nolte the mystery man that changed the life of Millman actually could be a real world person if you believe in magic.

Nevertheless once you start to read the book or watch the movie your are likely to be hooked. In this story Dan Millman a former world champion athlete, university coach, martial arts instructor and college professor tells about his own experiences as a young man with a big ego striving for the Olympic games in athletes. He simply wants to be the best and he always competes with his own team mates. His whole life value is based upon performance and first position. Nothing else counts and that’s how all other facets of life will be judged.

The actor Scott Mechlowicz doing the role as Dan Millman had to practice really hard for weeks to convince the audience. Well done! Amy Smart is Joy, the woman Dan Millman married in reality.

So what happens when the young athlete of perfection one day meets an old man that seemingly in an instant moves from sitting in a chair to the roof top of his insignificant gas station? Well the young mans attention is caught and pulled away from his own ego. There is something else, there is something more than me and my goals and it may be reached without effort as it was done by an old man with no ”high” ambitions. How could that be?

Nick Nolte is Socrates the gas station owner. Nolte’s age and tough life gave him the perfect patina for the role as an old wise man that’s been around.

Millman wants to know more but the old man is witty and elusive. That intrigues and entice the mind of Millman even more so he names him Socrates and Millman is taken on as a somewhat resistant student. However Socrates pin points Millman’s big ego time after time and finally the young man realizes without really realizing anything that losing the ego is to much of a sacrifice so he leaves the old man while scorning him.

Then comes the twist in the movie when Millman crash his motorbike as well as his right leg in an accident and down the pipe goes Millman’s future expectations as a honored number one athlete. This gives way for the more in depth part of the movie and its message as Socrates steps back into Millman’s life. This time around Socrates again got the keys and Millman has to endure the witty old man to find out the secrets about real success and satisfaction and also the truth about the total lack of substance of ego. The movie turns ”Zen” from now on and the audience is challenged too from their point of observation.

The key factors of awakenings, magic and a happy life as taught by Dan Millman and interpreted by the editor

Notice how the three keywords and their contexts ties into each other.

Of course, this story is also about you and me

It’s about our ego-centered personalities, our never-ending ambitions to become something and our lack of living and appreciating the moment, the time frame where everything happens when we are elsewhere thinking about the future.

”The book literally changed my DNA. There is such magic in the way the story is told it really sinks into your fibers. The movie is exactly the fantasy I saw in my head as I read each page of this inspired book. The biggest thing that hit home is how our ego can run our lives and trick us into believing it is actually who we are. There is a powerful scene in this film around the above comment on ego. For that reason alone, it should not be missed and will be remembered for a lifetime.” / Kate Romero President-CEO Guardian Angel

From the shamanic point of view as well as in ”Zen” all that is needed to fulfill ones life and reach awakenings are certain qualities ever-present in the here-and-now. Yet we miss the reality of this and what most people seem to do is to unconsciously cause dramas in order to awaken when ”real” questions are asked. Is there something more than this short life and its turmoil? Is there something bigger than me, myself and my ego?

In this situation a good mentor would come handy as in this story but not all are that lucky in real life so we have to learn fast and absorb as much as possible from movies like this. 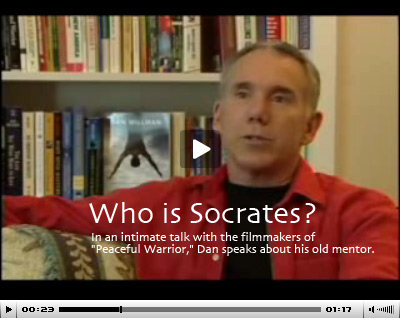 International Movie Database about the movie