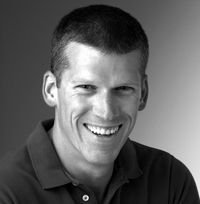 If scientists discovered something that worked better than vaccines at preventing influenza, you’d think they would jump all over it, right? After all, isn’t the point to protect children and adults from influenza?

A clinical trial led by Mitsuyoshi Urashima and conducted by the Division of Molecular Epidemiology in the the Department of Pediatrics at the Jikei University School of Medicine Minato-ku in Tokyo found that vitamin D was extremely effective at halting influenza infections in children. The trial appears in the March, 2010 issue of the American Journal of Clinical Nutrition (Am J Clin Nutr (March 10, 2010). doi:10.3945/ajcn.2009.29094)

The results are from a randomized, double-blind, placebo-controlled study involving 334 children, half of which were given 1200 IUs per day of vitamin D3. In other words, this was a ”rigorous” scientific study meeting the gold standard of scientific evidence.

This means vitamin D was responsible for an absolute reduction of nearly 8 percent.

Flu vaccines, according to the latest scientific evidence, achieve a 1 percent reduction in influenza symptoms.

10 reasons why vitamin D is better than flu vaccines