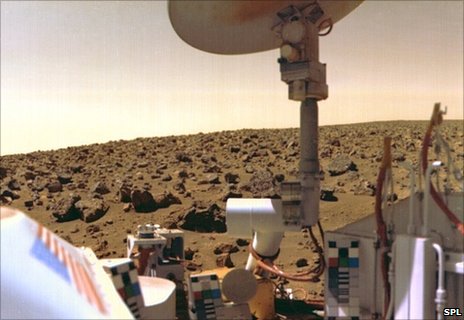 Photo: The Vikings probed the Martian soil back in 1976

Carbon-rich organic molecules, which serve as the building blocks of life, may be present on Mars after all, say scientists – challenging a widely-held notion of the Red Planet as barren.

“Our results suggest that not only organics, but also perchlorate, may have been present in the soil at both Viking landing sites,” said the study’s lead author, Rafael Navarro-González of the National Autonomous University of Mexico, Mexico City.